First up, full Arabic text of the verse:

Context of the Verse

In earlier verses of Surah an-Nur, Allah revealed when the incident of false accusations against Hz Aisha (RA) happened. Such slander was made by the hypocrites on the honor of Hz Aisha (RA), the wife of Prophet Muhammad (PBUH), in connection with an incident which occurred while he was returning from a campaign.

Allah Himself revealed her innocence and forbade Muslims against accusing innocent and chaste women without proof.

Now on to the Tafsir of the verse.

“Pure” and “impure” in this verse do not mean pure and impure in their general meaning. Even more so, “purity” does not imply virginity. Looking at the subject and context, the “impurity” spoken of here refers to adultery in this verse, because it was revealed in connection with the accusation of adultery.

Furthermore, “pure” in this verse refers to purity and goodwill of one’s character. Allah would not have made Hz Aisha (RA) the wife of His Messenger (PBUH) unless she had been good, because he (PBUH) is the best of mankind. Had she been evil, she would not have been a suitable partner either according to His Laws or His Decree. 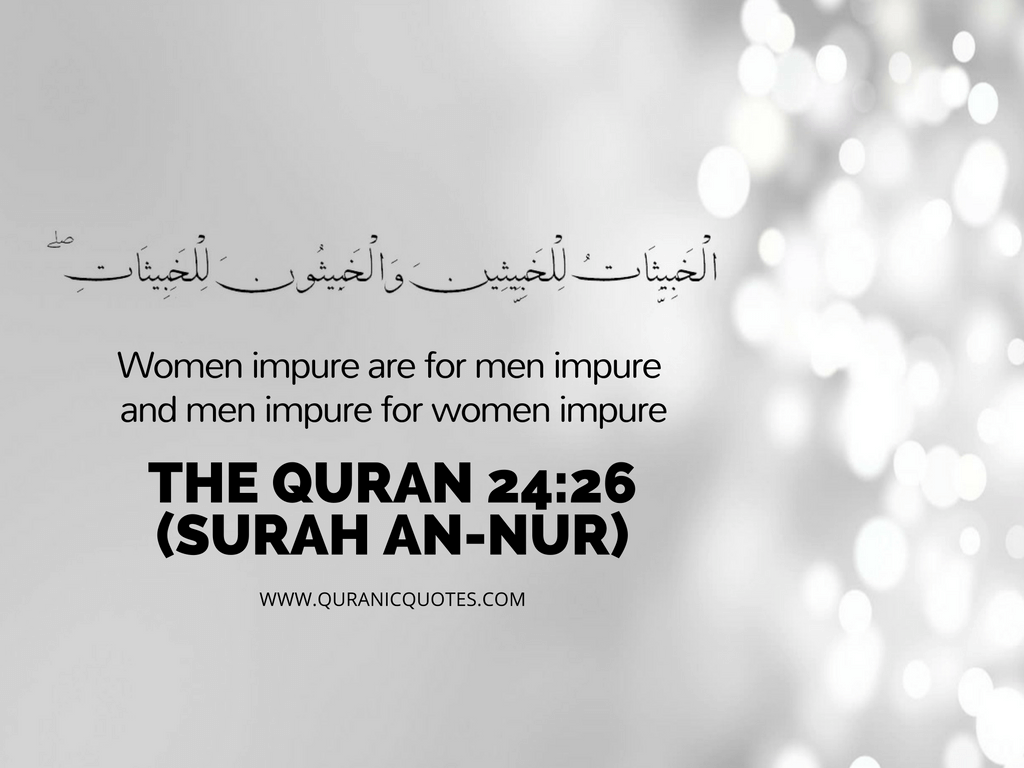 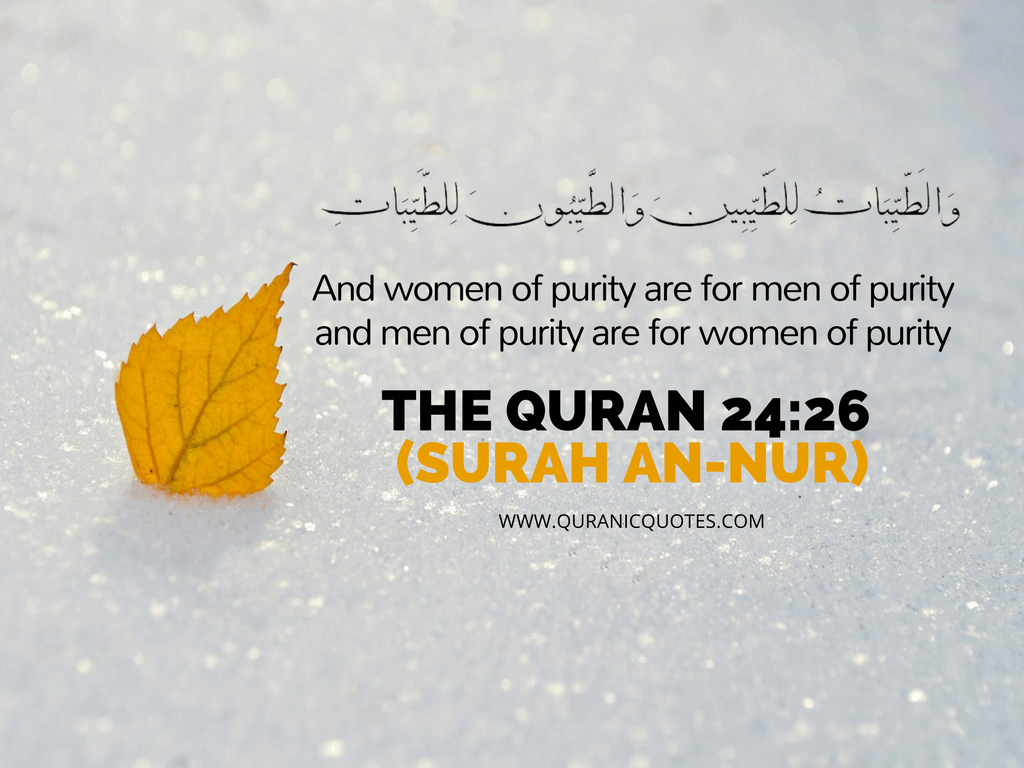 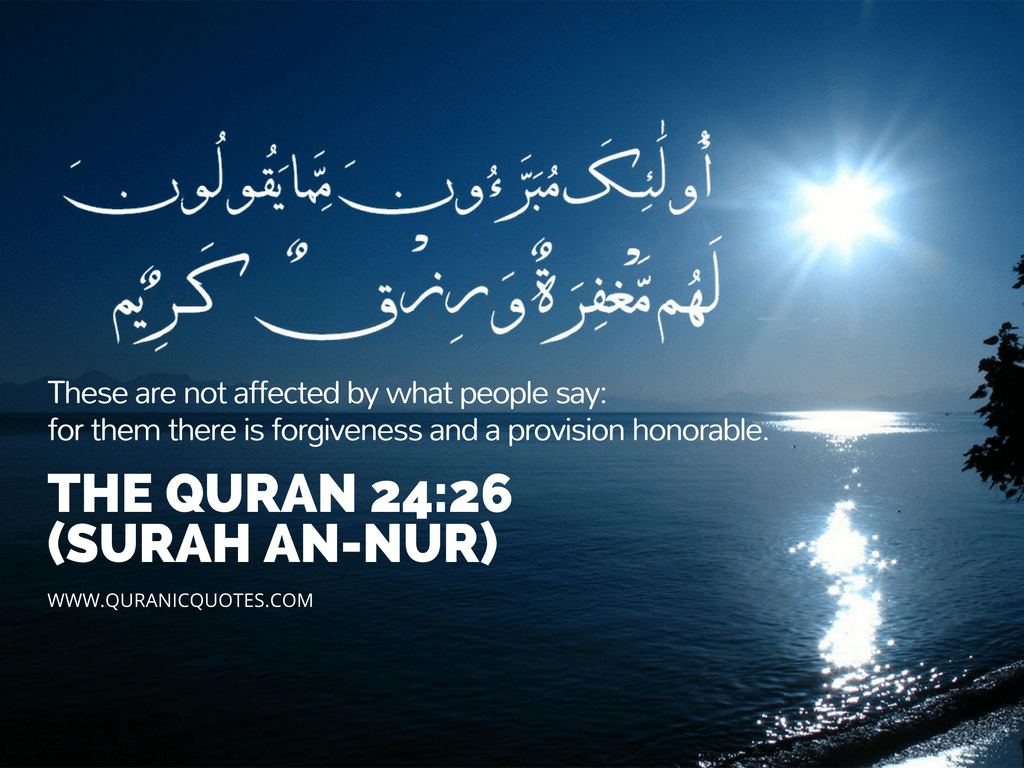 The final part of the verse that says “These are not affected by what people say” connects the verse to the incident of the false accusation against Hz Aisha (RA). When Hz Aisha (RA) was accused, Allah Himself proclaimed her innocence and declared her free from the charge that ignorant people, falling prey to rumours, had levied against her.

Therefore, as per Islamic principles, chaste people who are wrongfully accused of adultery out of enmity are innocent in the Sight of Allah. As a result, as Muslims, we must strive to refrain from following rumours and false information.

Verse 26 of Surah an-Nur enjoins us to be very cautious when dealing with matters pertaining charges of adultery against anyone. We should never indulge in gossip or question the character of anyone without good reason.